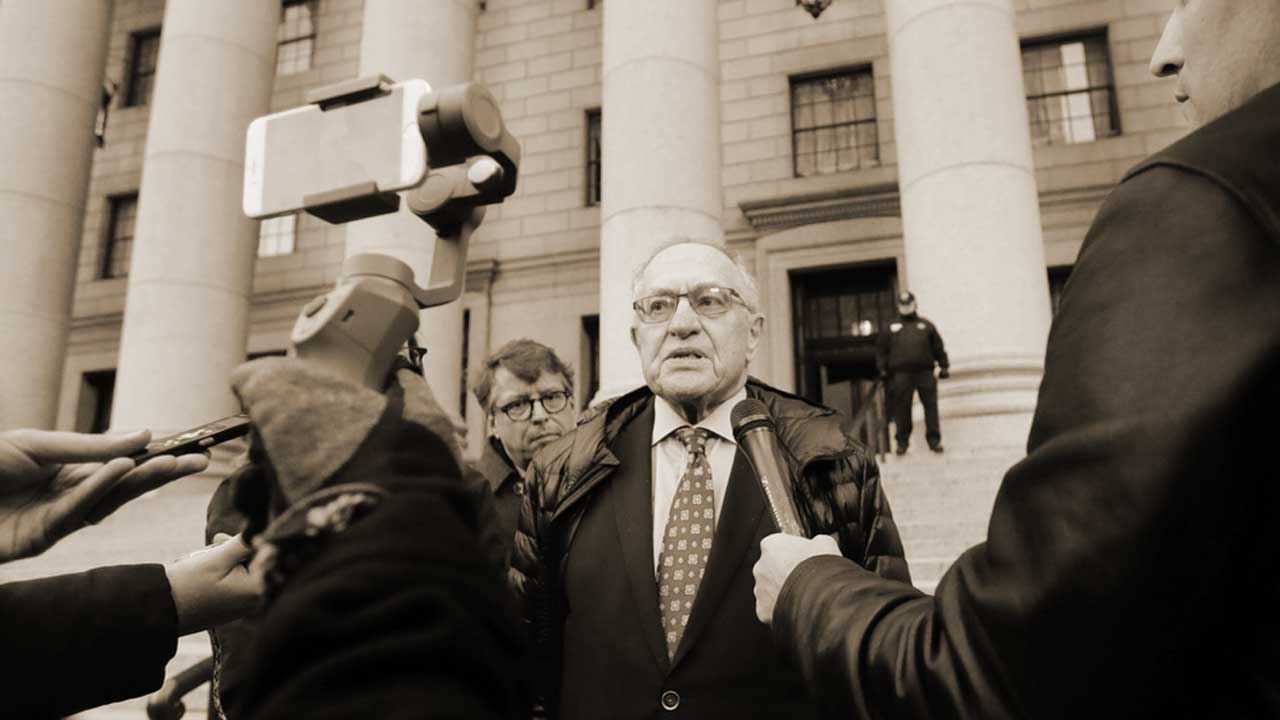 Dershowitz says McCarthyism is alive and well in America. He’s convinced Trump did nothing illegal with his speech, and what he said was fully protected by the 1st Amendment.

On Trump’s impeachment — Dershowitz’s interview occurred prior to the vote — he stated:

“A. It’s unconstitutional. It violates several provisions of the Constitution. Number one, it’s not a ‘high crimes or misdemeanor’. Number two, it’s protected by the Constitution and by the debate and speech clause, and by our general traditions of free and open dialogue in the market place of ideas.

“The Articles of impeachment basically suggests you can impeach a president for speech that virtually everybody, every Constitutional scholar acknowledges is protected by the Constitution. The Brandenburg case [Brandenburg v. Ohio] is the leading Supreme Court decision and it says the President or anybody else can advocate violence. You can’t incite it, but you can advocate it. And what he did was advocating simply going to the Capitol.

“Do you know how many people have stood where he stood and advocated marching on the Capitol? Uh, union leaders, civil rights leaders… to turn it from good to bad; members of the Ku Klux Klan, members of the Nazi Party, Communists, suffragettes. That’s a standard tactic. You get up and say, ‘Go to the Capitol. Protest. Show how strong we are. Show that we’re not willing to back down. It’s right in the Constitution; the right to petition the government for redress of grievances. That’s what he urged people to do. They got out of hand. They committed crimes. They should be prosecuted, but the speaker should not be prosecuted.”

The Democrats are Trying to ‘Eliminate the 1st Amendment’

When asked about Trump being cited for insurrection when he told the crowd to march peacefully to the Capitol Dershowitz answered:

“It wasn’t terrorism. It wasn’t sedition. It wasn’t revolution. I wasn’t any of those things. Don’t elevate to more than it was. And don’t diminish the force of words like ‘terrorism’ and ‘insurrection’ and ‘revolution’ and ‘treason’. none of those things were involved here. This was a riot. We’ve had many riots. This is the first time we had a riot that took over the Capitol. It was a terrible, terrible thing and it will be punished to the limits of the law, but let’s not then eliminate the 1st Amendment as some have been trying to do.”

Dershowitz speaks to Trump’s impeachment at the 4:30-minute mark.