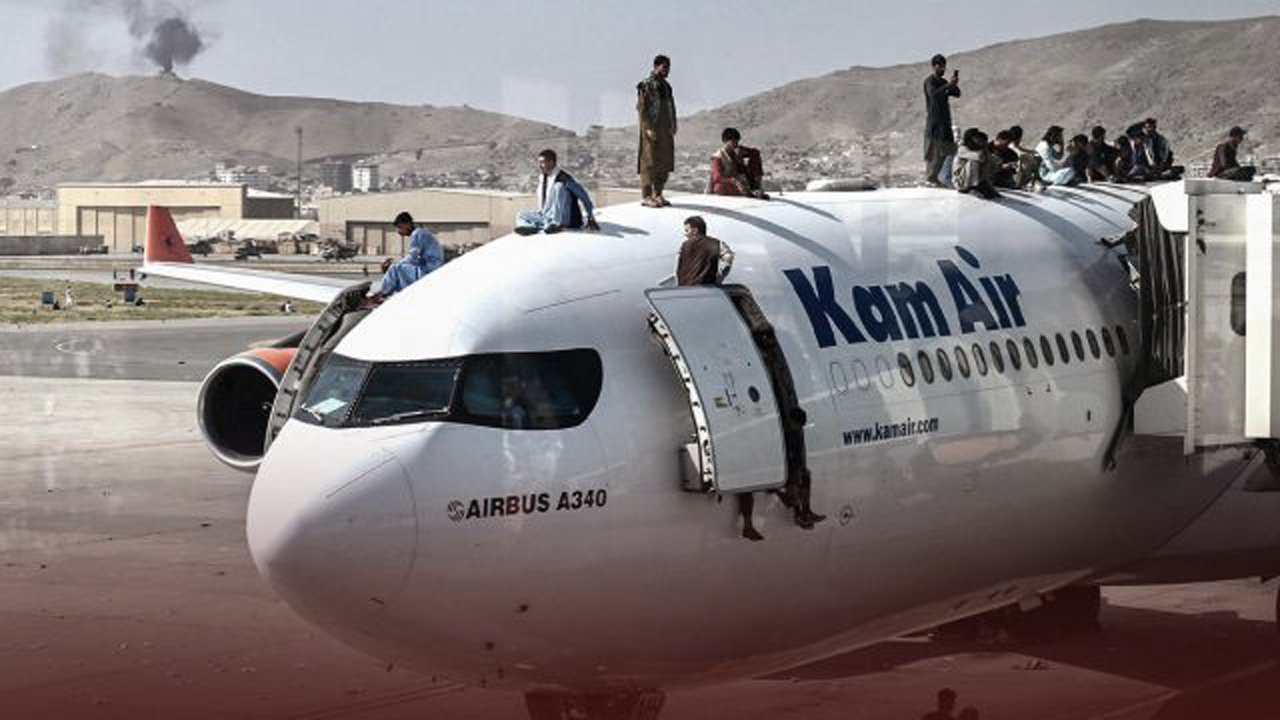 A declassified Department of Defense report this month implicates President Joe Biden, the White House staff, and the U.S. State Department for the chaos which ensued during the withdrawal from Afghanistan.

Within a month’s time after the U.S. withdrew its last troops from Hamid Karzai International Airport, Afghanistan, the U.S. Central Command (controlled by the Department of Defense) circulated two internal after-action reports. The assessments from these reports affirm that White House and State Department management of the final withdrawal from Afghanistan was sloppy and chock-full of nonfeasance.

The declassified analyses are contained in a single official report obtained by The Washington Post through a Freedom of Information Act (FOIA) request. It’s comprised of dozens of witness interviews, findings of fact, and other records. The report spans about 2,000 pages.

The mere existence of the report itself directly contradicts assertions made by White House press secretary Jen Psaki just this last Friday,

“I think it’s important for people to understand that there was no after-action report.”

The following is President Biden’s interview with Lestor Holt from last week. When asked about the report, he discredits all criticism for from U.S. military commanders in regards to his actions on the withdrawal from Afghanistan.

Included in the declassified report obtained by The Washington Post is a slide presentation, titled “Operation Allies Refuge: After Action Review” and labeled “Exhibit 074”. This document contains a poignant list of issues ground forces faced during the August 2021 withdrawal, including some of the most gross failures.

The Multinational Coordination Cell was created to facilitate personnel extraction requests through telephone and email requests. Requests to evacuate “at-risk” Afghanis were made through this system by U.S. executive branch officials, lawmakers and their staff, active and retired generals and flag officers, and other special interest representatives. The report says these requesters “used both implied and actual authority to coerce members to extract their special interest groups” without any regard to prioritizing U.S. citizens over foreign nationals.

Direct coordination with, and sharing intelligence with the Taliban for security purposes.

Although a small portion of the “Taliban Coordination” section was redacted, this part of the report describes the over-reliance on the Taliban to provide security for important U.S. assets and operations. The report confirms that the POTUS directed CENTCOM to share security intelligence with the Taliban; and although the Taliban failed to ensure checkpoints were secure that led to the August 26th bombing, the report surprisingly gives a recommendation to “cooperate with traditionally hostile parties when strategic objectives dictate”.

In the section of the report covering “International Support”, the paragraphs defining issues around international support were completely redacted. The recommendation provided for the identified issues is quite generic and doesn’t provide any clue as to what was redacted.

The slide presentation of the Operations Allies Refuge report can be read below. 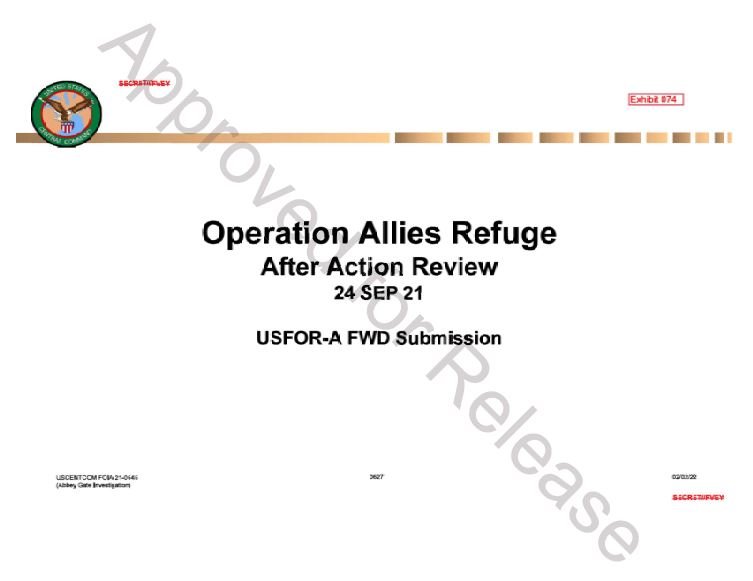