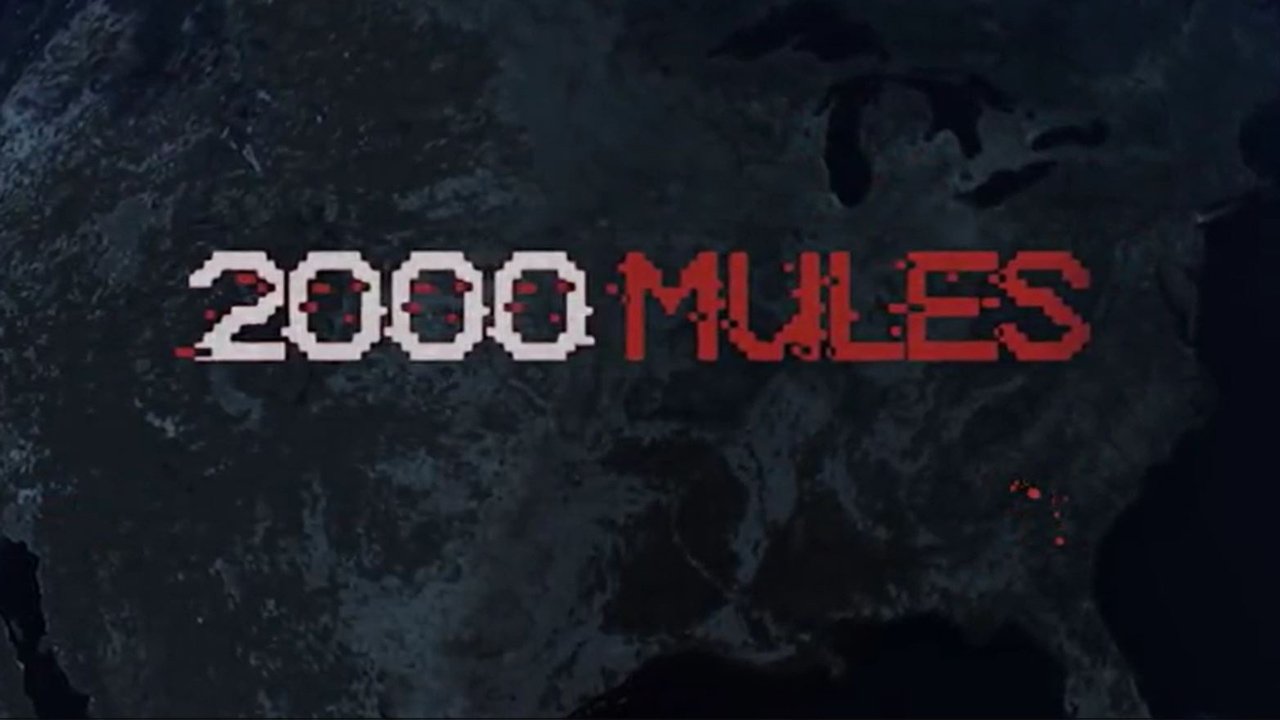 Another possible bombshell movie, 2,000 Mules, by Dinesh D’Souza is planned to be released this Spring. This time, D’Souza claims to have obtained multi-state video footage of ballot traffickers — he calls “mules” — illegally stuffing ballot boxes in the 2020 U.S. Presidential Election. Additionally, D’Souza said geo-tracking software was able to track individual mules as they went from drop box to drop box. At each drop box, video shows ‘mules’ wearing gloves to avoid leaving finger prints and wearing disguises to avoid being recognized.

In the movie preview, D’Souza claims he will present never seen before footage of a coordinated ring of election criminals underming a legitimate in all of the contested key states in the 2020 presidential election.

” This one mule made 53 trips to 20 drop boxes. He’s not alone. We tracked 2,000 mules making multiple ballot drops. Leaving no fingerprints. Snapping photos to get paid.”

This movie was produced with the help of True the Vote, an organization who has been investigating fraud in the 2020 election over the last year. True the Vote also partnered with The Gateway Pundit to release up to 24 Terabytes of footage showing election fraud criminals stuffing ballot drops.

At his rally on January 29th, in Conroe, Texas, President Donald further describes how ballot mules were used to illegally stuff election boxes.

If the Vice President (Mike Pence) had “absolutely no right” to change the Presidential Election results in the Senate, despite fraud and many other irregularities, how come the Democrats and RINO Republicans, like Wacky Susan Collins, are desperately trying to pass legislation that will not allow the Vice President to change the results of the election? Actually, what they are saying, is that Mike Pence did have the right to change the outcome, and they now want to take that right away. Unfortunately, he didn’t exercise that power, he could have overturned the Election!

Dinesh D’Souza is an author, scholar and award-winning filmmaker. Born in India, D’Souza first visited the United States as an exchange student, and then graduated from Dartmouth College. He currently hosts a podcast and is about to release his next bombshell movie on election fraud in the 2020 U.S. Presidential election.

About True the Vote

Founded in 2009 by Catherine Engelbrecht, True the Vote’s purpose is to fight election fraud. Over the years True the Vote has uncovered many instances of voting irregularities and fraud.