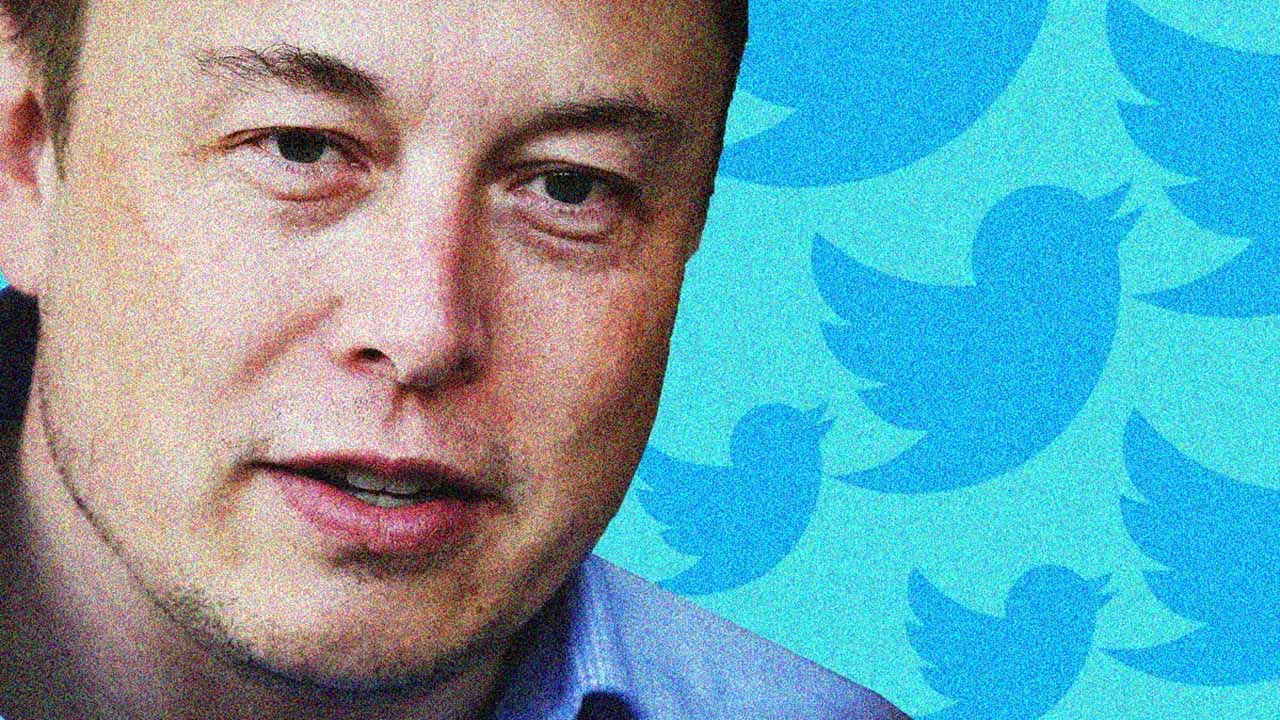 Elon Musk filed an amended to his Schedule 13D SEC filing on Monday that sent Twitter’s stock tumbling. His amendment included a letter written by his law firm stating Twitter continues to avoid compliance with Musk’s request to turn over active user data. Since mid-May, Musk has sought specific data as part of his due diligence process for the purchase of Twitter. What he wants is a sample cross-section of active users so he can determine, using his own methodology, the percentage of spammers, bots, and fake accounts on the platform.

Unlike print or TV outlets — that use third-party auditors to measure their audience — Twitter self-reports their users, and advertisers rely on that internal report to determine their ad spend. Elon Musk doesn’t believe their self-report is accurate.

After a May 2nd Reuters report stating Twitter made claims that “false or spam accounts represented fewer than 5% of its monetizable daily active users,” Musk countered with this public statement:

Since Elon Musk went public with the hypothesis that Twitter’s active user base is likely exagerrated, the price of Twitter stock lost more than half its value (Refer to graph below). 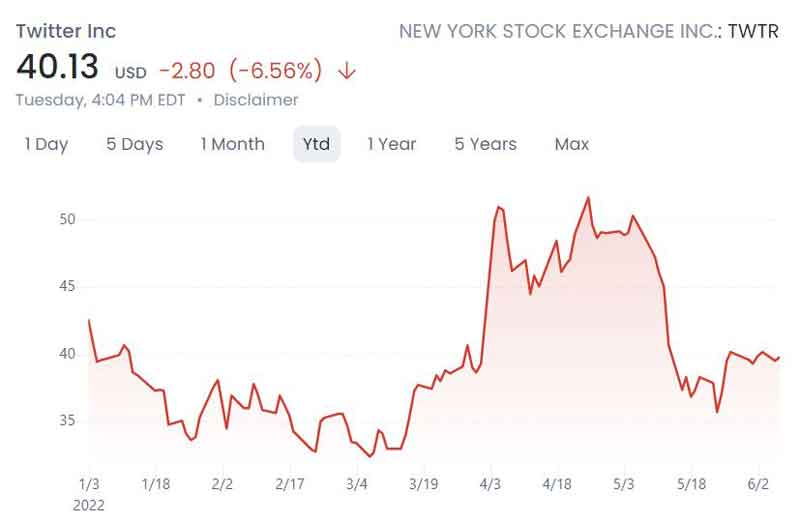 On Monday, June 6, through a letter composed by his law firm, Musk lays claim that Twitter continues to stonewall on providing active user data. The SEC filed letter states:

“Mr. Musk does not agree with the characterizations in Twitter’s June 1 letter. Twitter has, in fact, refused to provide the information that Mr. Musk has repeatedly requested since May 9, 2022 to facilitate his evaluation of spam and fake accounts on the company’s platform. Twitter’s latest offer to simply provide additional details regarding the company’s own testing methodologies, whether through written materials or verbal explanations, is tantamount to refusing Mr. Musk’s data requests. Twitter’s effort to characterize it otherwise is merely an attempt to obfuscate and confuse the issue. Mr. Musk has made it clear that he does not believe the company’s lax testing methodologies are adequate so he must conduct his own analysis. The data he has requested is necessary to do so.

“Today I’m investigating Twitter for potentially misleading Texans on the number of its “bot” users. I have a duty to protect Texans if Twitter is misrepresenting how many accounts are fake to drive up their revenue.”

In his press release, Paxton states there’s now an open investigation into Twitter for potentially reporting false information on real active users, that the number of non-human accounts may comprise 20% or more of all user accounts. Representing a false user number to businesses advertisers could be in violation of the Texas Deceptive Trade Practices Act.

Today I’m investigating Twitter for potentially misleading Texans on the number of its “bot” users. I have a duty to protect Texans if Twitter is misrepresenting how many accounts are fake to drive up their revenue.https://t.co/OZbwdV3pnY

Included with the AG’s press release is a reference document few have reported on: the Civil Investigation Demand Letter. Within this demand letter, not only does the AG’s office layout their intent to investigate Twitter for deceptive practices, but Schedule C requests a list of twenty-three types of information Twitter is legally bound to provide by June 27, 2022. Items on the list include: 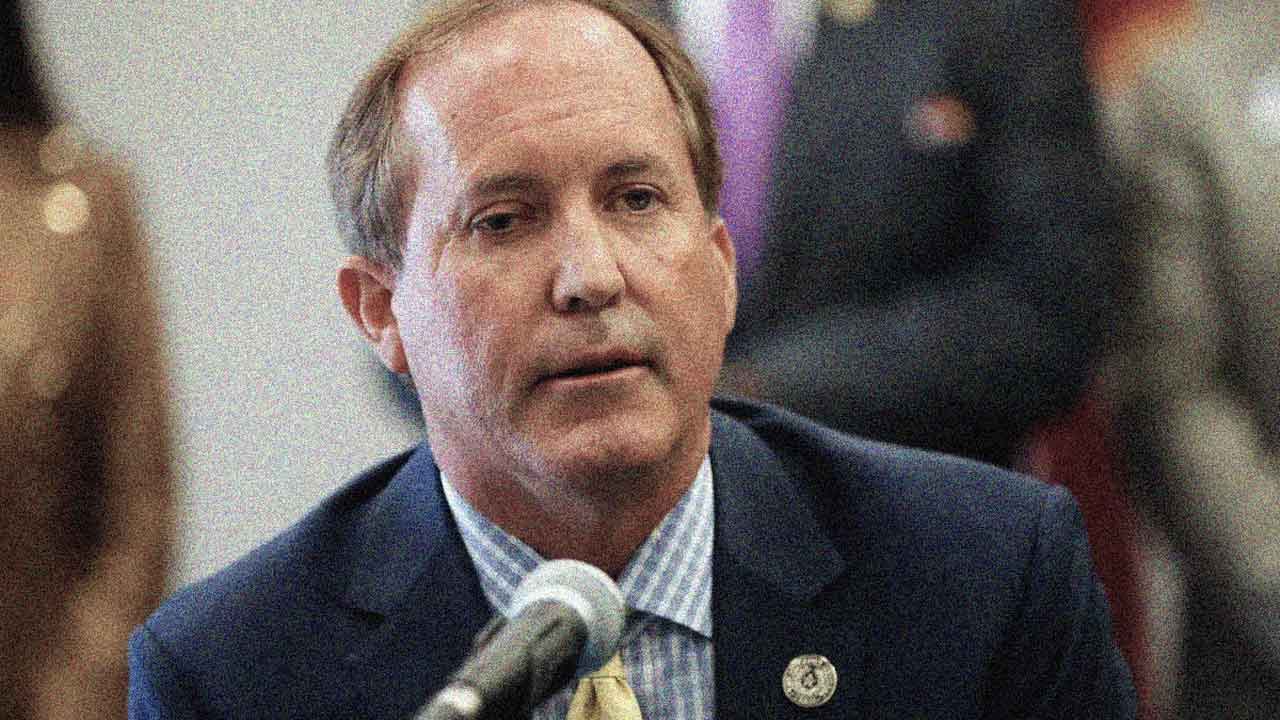 Is Musk Assisting the Texas AG?

What are the odds of Elon Musk filing an amended 13D with the SEC on the same day the Texas AG announces an investigation into Twitter for fraud?

The coincidence of these two events happening within hours may suggest that Musk and Paxton are working in concert. Is there something more here that has yet to be reported? We expect more will be made known in July.