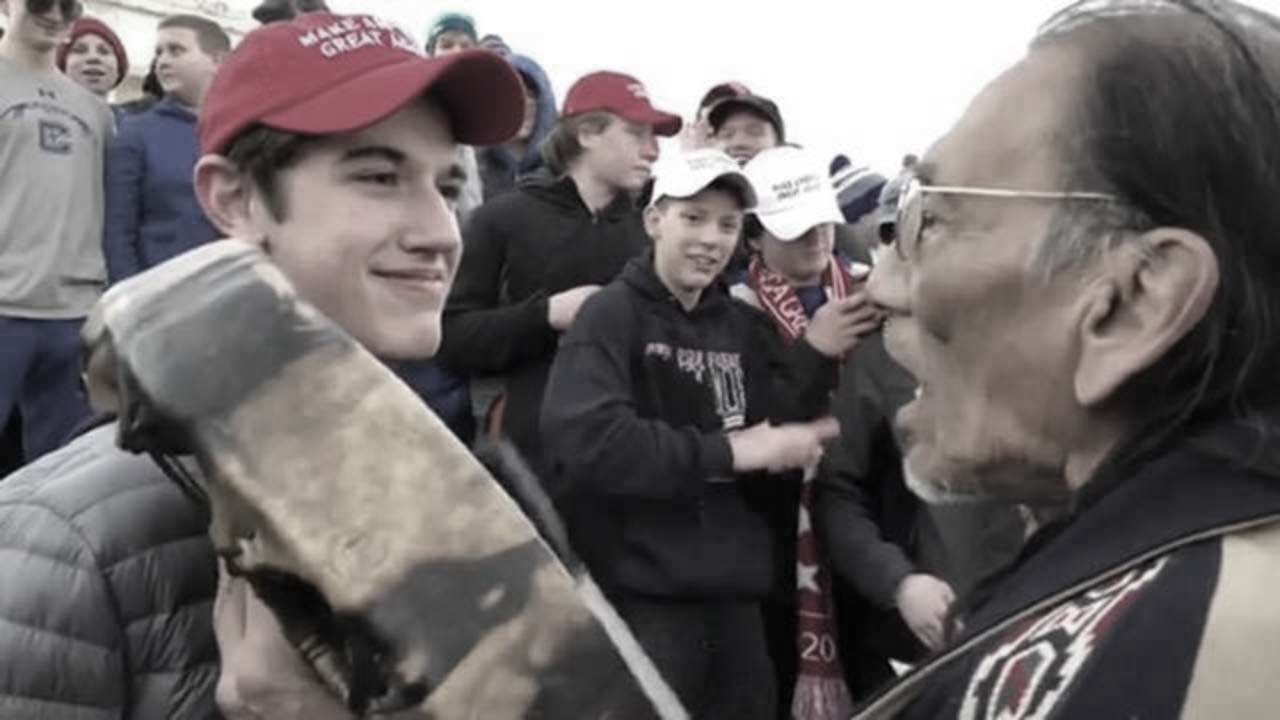 The MAGA teen, Nicholas Sandmann, who won defamation settlements against media giants CNN and The Washington Post decided today to fire his lawyer, L. Lin Wood, who fought for these victories.”

“I have ended my lawyer-client relationship with Mr. Wood and no longer wish to be represented by him,” stated Sandmann in an affidavit filed with the court. Sandmann will be moving forward with Kentucky-based lawyer Todd McMutry.

“I love Nicholas Sandmann. I was honored when he asked me to lead the battle against the angry mob which falsely accused him. I did my best for him and am proud that I obtained settlements for him against mainstream media giants CNN and The Washington Post. I wish Nicholas continued success in his remaining cases against NBC, CBS, ABC, Rolling Stone, Gannett, and The New York Times.

“Todd McMurtry is an excellent lawyer who I assume will lead the battles for Nicholas now that I have been fired. I wish Todd luck. I am sure the best is yet to come.

“When Todd McMurtry informed me that Nicholas Sandmann wanted me out of his cases, I told Todd I would be happy to withdraw voluntarily.

“I was pleased when Todd admitted to me in our conversation that it was my argument before Judge Bertelsmann and my legal theory about the republication of Nathan Phillips’ lies that paved the way for success in all of Nicholas’ cases. Todd was right. I appreciated his honesty.

“I am not receiving any fees on the remaining Sandmann cases. My professional obligation to Nicholas has now ended. I did my best for him. That is all I can do.

“I will have no further comment on Nicholas Sandmann, his family, or his cases. Again, I wish this young man, his family and Todd luck.

Sandmann has pending defamation lawsuits with New York Times, CBS, ABC News Inc, Rolling Stone LLC, and others, for suggesting he was the face of an unruly mob. Last year, CNN and The Washington Post settled similar lawsuits out of court with Sandmann for undisclosed amounts.