For the 20th Anniversary of 9/11, Afghanistan Gifted to the Taliban 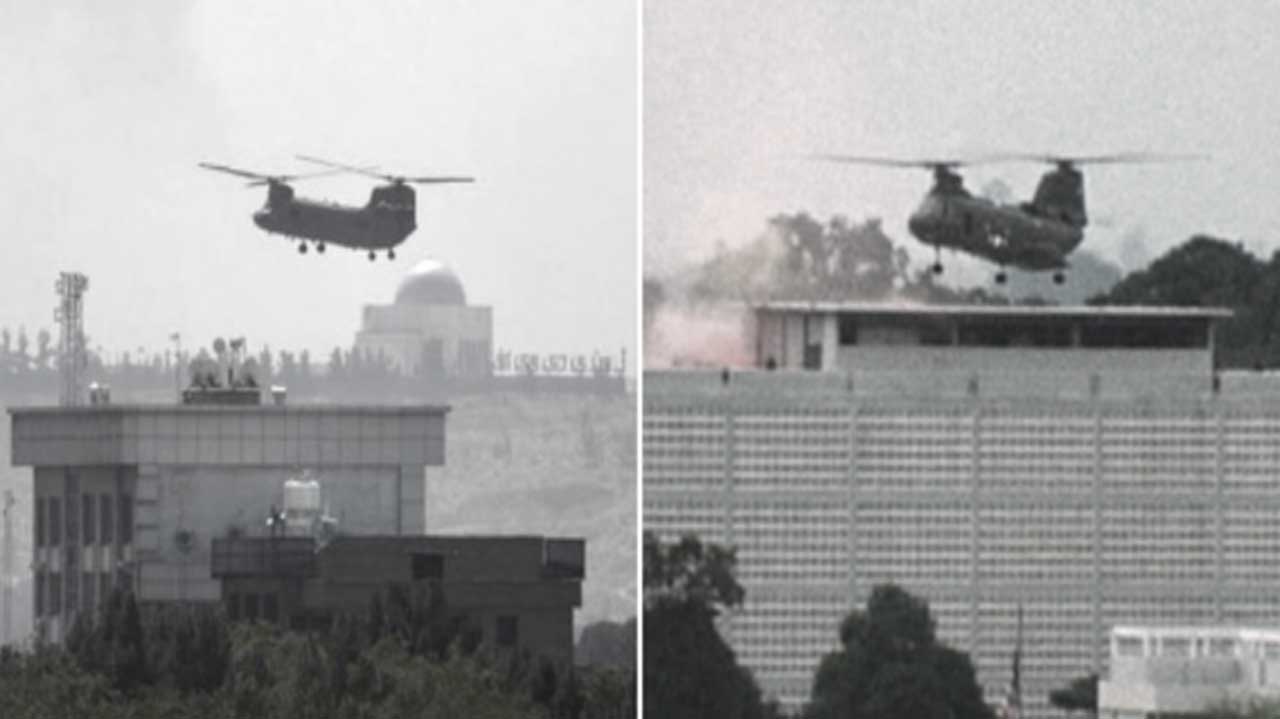 In a startling departure from plan, the Afghanistan military handed almost all Afghani territory to the Taliban without a fired shot. This culminated with the Afghan capital city of Kabul falling to the Taliban on Sunday. At the time of this article’s publishing, only the military section of the Kabul airport is controlled by the United States.

The Taliban is an internationally recognized as a terrorist organization. Mass killings by Taliban in recently occupied areas are being broadcasted.

The following are reports that are not widely being shared by American media.

Today’s (16AUG2021) BBC report on the status of Afghanistan

Articles of Impeach to be Filed Against Biden

Zeller: “I feel like I watched a different speech than the rest of you guys. I was appalled.” pic.twitter.com/eGC5tMBvy4

🚨NEW, thread: Pentagon confirms to me the Department of Defense is preparing to house thousands of Afghan refugees on American military installations, immediately including Fort McCoy in Wisconsin and Fort Bliss in Texas.

"It is time for Joe Biden to resign in disgrace…it shouldn't be a big deal, because he wasn't elected legitimately in the first place!" pic.twitter.com/hmhDlY8ZpK

Russia's embassy in #Kabul said on Monday that #Afghan President @ashrafghani had fled the country with four cars and a helicopter full of cash and had to leave some money behind as it would not all fit in, RIA news agency. #Afghanistan #Russia pic.twitter.com/sIjWE52xn2

Extraordinary scenes of #Afghanistan’s military fleeing to #Iran with advanced equipment, likely supplied by US. Iran’s defense industries will want to get their hands on that equipment pic.twitter.com/0Ei2EgKiQ4

Scenes from Helmand Airbase when Taliban took over

The month of June is recognized as (LGBTI) Pride Month. The United States respects the dignity & equality of LGBTI people & celebrates their contributions to the society. We remain committed to supporting civil rights of minorities, including LGBTI persons. #Pride2021 #PrideMonth pic.twitter.com/qgKPQAPaOY

Video shows people clinging to the outside of a US military aircraft before it takes off from Kabul airport.

#Watch | Thousands of people stranded outside #Kabul Airport trying to get on plane & fly away from #Afghanistan. Gunshots can be heard pic.twitter.com/fojqqzgA4B

NEW: The U.S. military has halted evacuations from Kabul’s airport in order to secure the airfield after thousands of civilians stormed the runway trying to flee the country. https://t.co/tHcr2FGysm

.@SenTomCotton warns President Biden’s ‘terrible, ill-planned, disorganized’ withdrawal from Afghanistan is going to be ‘catastrophic for America for years to come.’ pic.twitter.com/djJc2F1kRG

Afghans desperately attempt to cling to US Air Force plane departing from Kabul.

Biden may not be the pilot, but he’s flying that plane.pic.twitter.com/XPnjYrNWgl

Gunshots can be heard as people desperate to leave Afghanistan’s capital descend on Kabul international airport after the Taliban swept into powerhttps://t.co/pF0DCeapVs pic.twitter.com/FIrUhdeSVj

Man absolutely horrible videos coming from Afghanistan let this be a lesson with what happens when the military industrial complex dictates policy pic.twitter.com/eJl25tky4K

In Afghanistan, people are falling to their deaths, as they attempt to cling on to planes leaving the country. pic.twitter.com/XIc24NfA8I

FLASHBACK: Joe Biden said the timeline and manner of the withdrawal from Afghanistan was his decision. pic.twitter.com/hlsaFCBESw