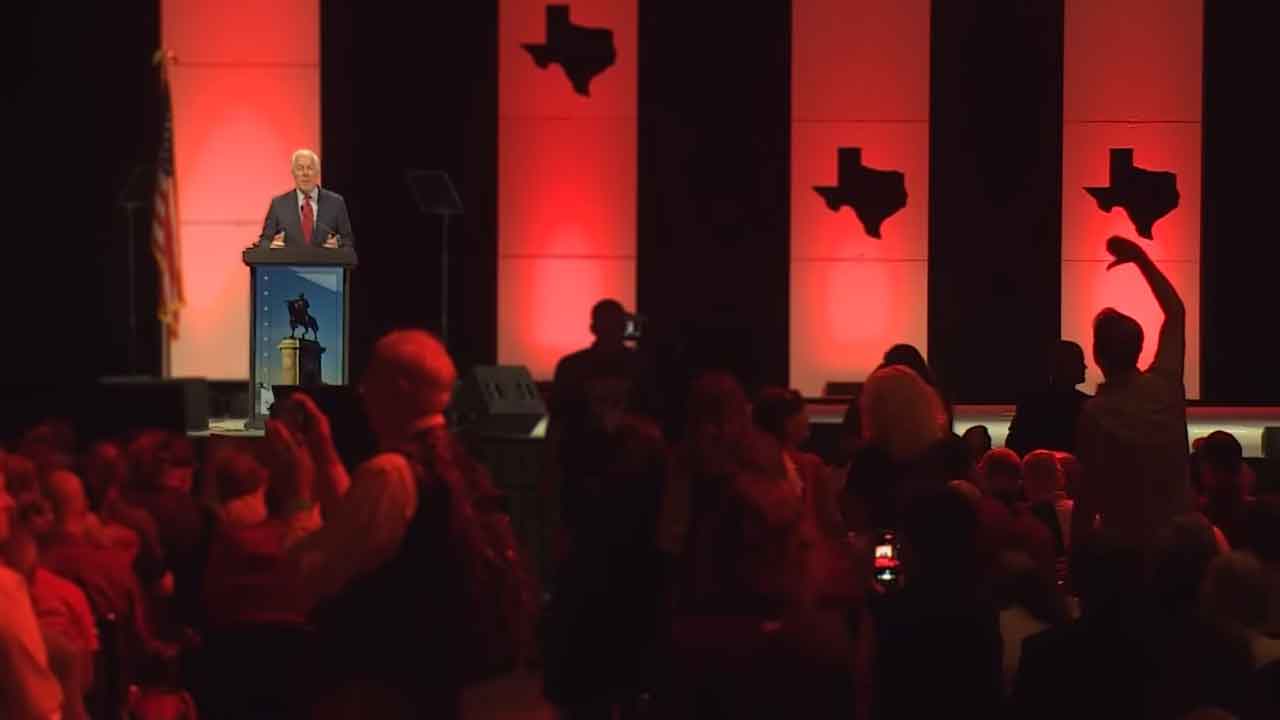 By Tyler Durden via ZeroHedge

Republican Senator John Cornyn did not get a warm reception at a recent Texas GOP convention, highlighting mass conservative resistance to new gun control legislation. Cornyn, to his credit, did not flee from the stage, but he did not address the main reason for the anger in the crowd; his participation in a bipartisan senate working group that seeks to undermine the 2nd Amendment with the ultimate concession of Red Flag laws handed to anti-gun Democrats.

Just as the mainstream media has done, the ten Republicans involved in the legislative effort have been very careful to avoid any thorough examination of what Red Flag laws really entail. Essentially, they are engaged in lying by omission by keeping the details under wraps and misleading the public with claims that they merely want to take guns “out of the hands of mentally unstable people.”

This is NOT what Red Flag laws accomplish.

There are already laws in place which stop people who have been adjudicated mentally defective from purchasing firearms. Red Flag laws allow authorities to confiscate guns from ANYONE that is accused of being a threat to themselves or others. No court, no jury and no due process. There are numerous cases being fought today by people in states with Red Flag laws who were falsely accused, and the process of getting one’s property back can be arduous.

The potential for abuse of Red Flag laws is infinite.

Entire groups of people could be deemed a “threat” and lose their constitutional protections. Cornyn was buried in boos because he has consistently tried to convince conservative voters that passing Red Flag laws is a necessary “compromise” to avoid more aggressive Democrat legislation. This is a bait and switch strategy – Make gun rights advocates think that Red Flag laws are a minor concession in comparison to a total ban; then, use Red Flag laws to systematically institute a total ban on anyone the government doesn’t like.

There can be no compromise. Give them an inch of rope and they will take a mile while hanging you with it. The ultimate goal of gun grabbers is total confiscation, not “common sense” safety measures.

Red Flag laws are a Holy Grail for the confiscation agenda.