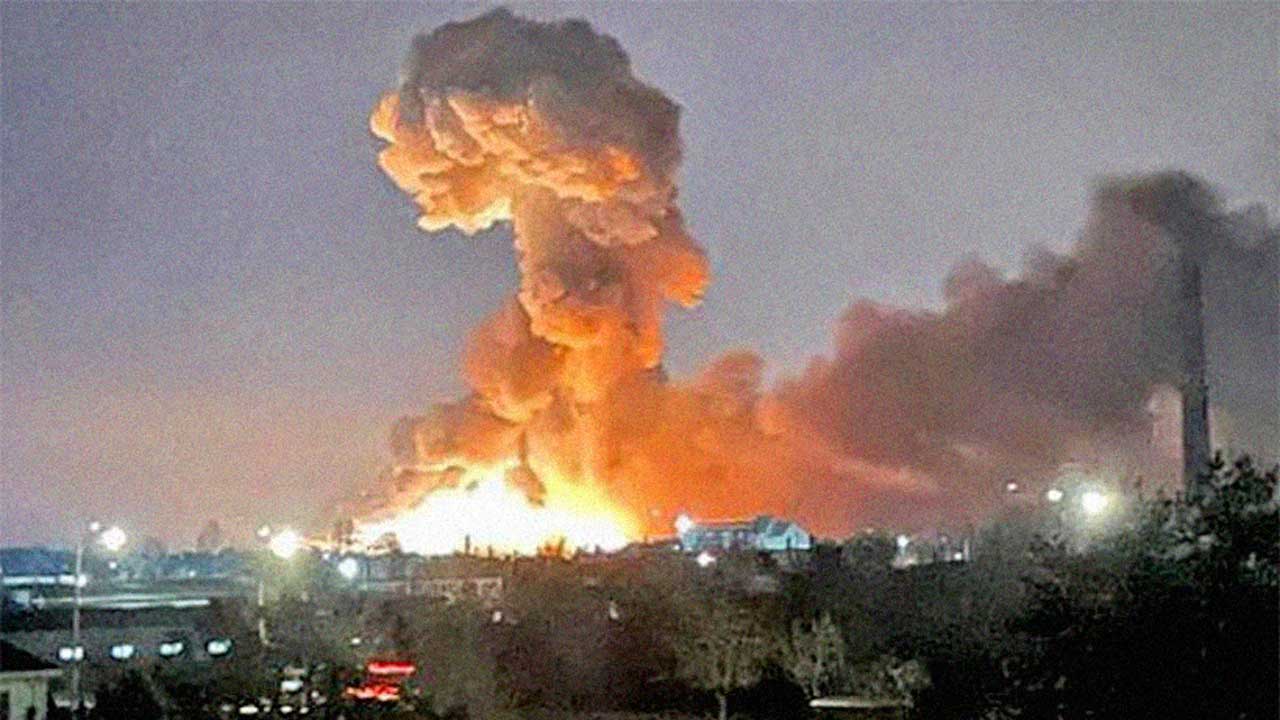 Early this morning began the first unprovoked military land invasion in Europe since World War II. Over the course of four hours Russia made deep strikes and territorial gains across Ukraine.

Although many NATO and world leaders have publicly denounced Russia’s actions, as of 9am (EST) Thursday, the White House has not made an official stand on the situation. 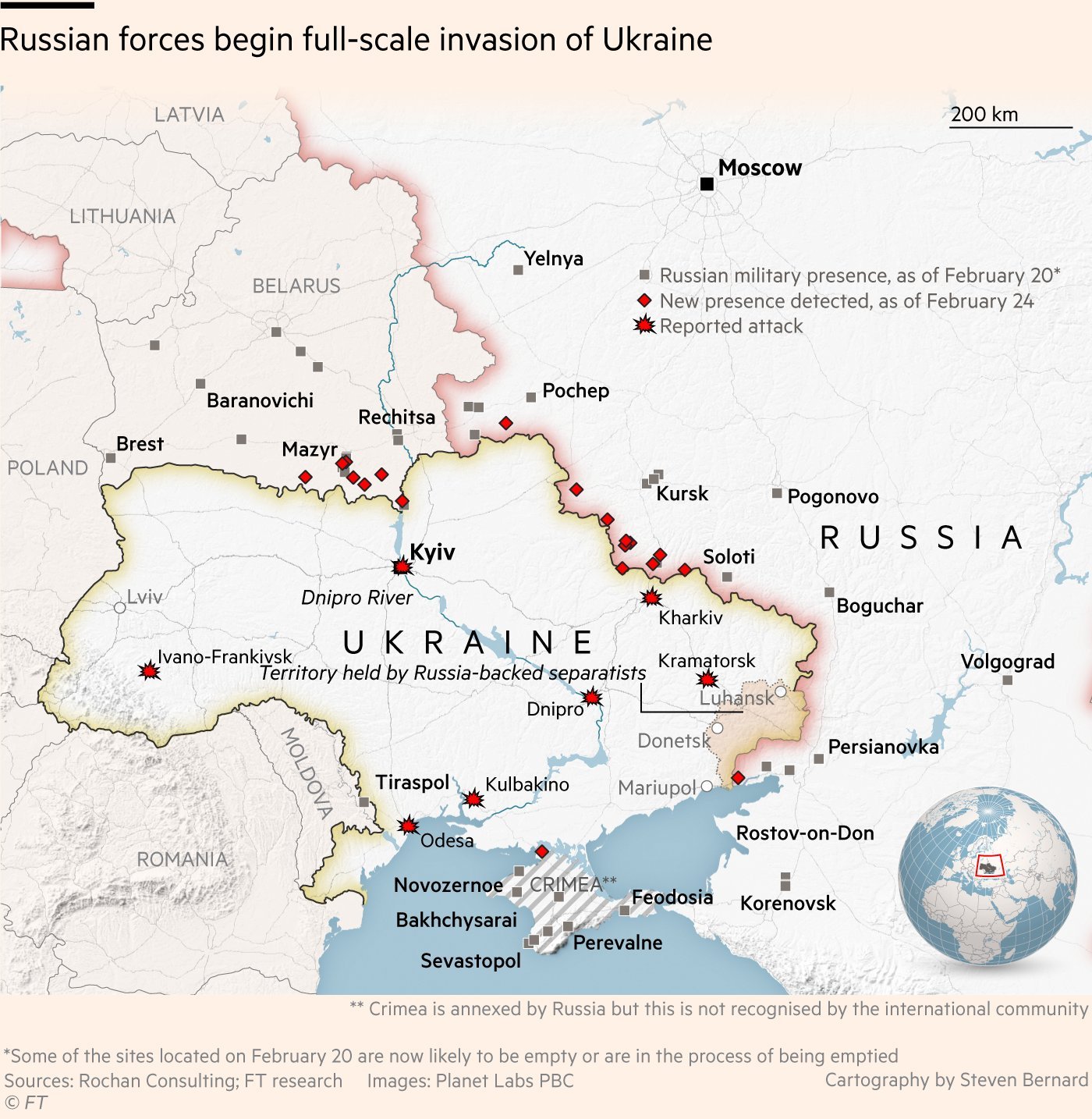 A Humanitarian Crisis is on the Horizon

Residents in major cities were so convinced Putin would not invade, very few people evacuated from city centers prior to this morning’s attack. In reaction to the bombing this morning, residents hastily fee from metro areas. Streets have become so congested with vehicles traffic has completely stalled. 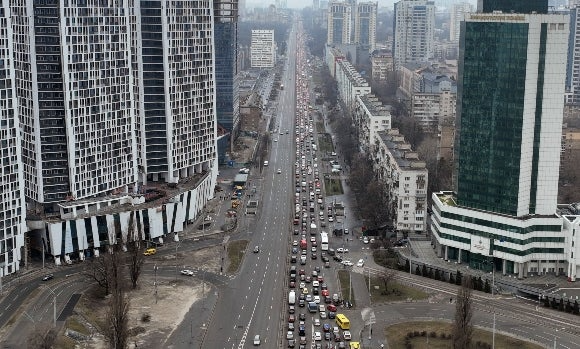 Long lines formed at a bus station in Kyiv after Russian attacks were launched across Ukraine. Residents waited in line for up to an hour to buy fuel. The city’s main airport was bombed and its major roads were jammed with traffic as people fled. https://t.co/wunOx67CpZ pic.twitter.com/h4VsK1EcWq

The following is raw video taken from the battleground in Ukraine.

WATCH: CNN’s @mchancecnn with Russian forces at the Antonov airport about 15 miles outside of Kyiv. "These troops you can see over here, they are Russian airborne forces. They have taken this airport"

The Russia-Ukraine war will lead to a sharp surge in energy prices, a longer supply chain cycle, and aggravate the current inflation. It is impossible for the Fed not to raise interest rates! This is also a long-established thing, this is just the beginning, no one can predict pic.twitter.com/dz0serY8W9

Images of Luhansk People’s Republic and Russian troops clashed in the countryside of Schastia town of Luhansk, which Ukraine said “50 Russian soldiers were killed” in the morning. #BREAKING pic.twitter.com/YIHp2utWIO

"All over the city bomb sirens are going off. This morning, a couple of hours ago, Russia began its war on Ukraine." @matthewcassel is in the Ukrainian capital Kyiv for @viceworldnews pic.twitter.com/t0wgNoawqm

[Again, no clue what this means, normally a subject of @ASBMilitary] pic.twitter.com/iYvGSp11xm