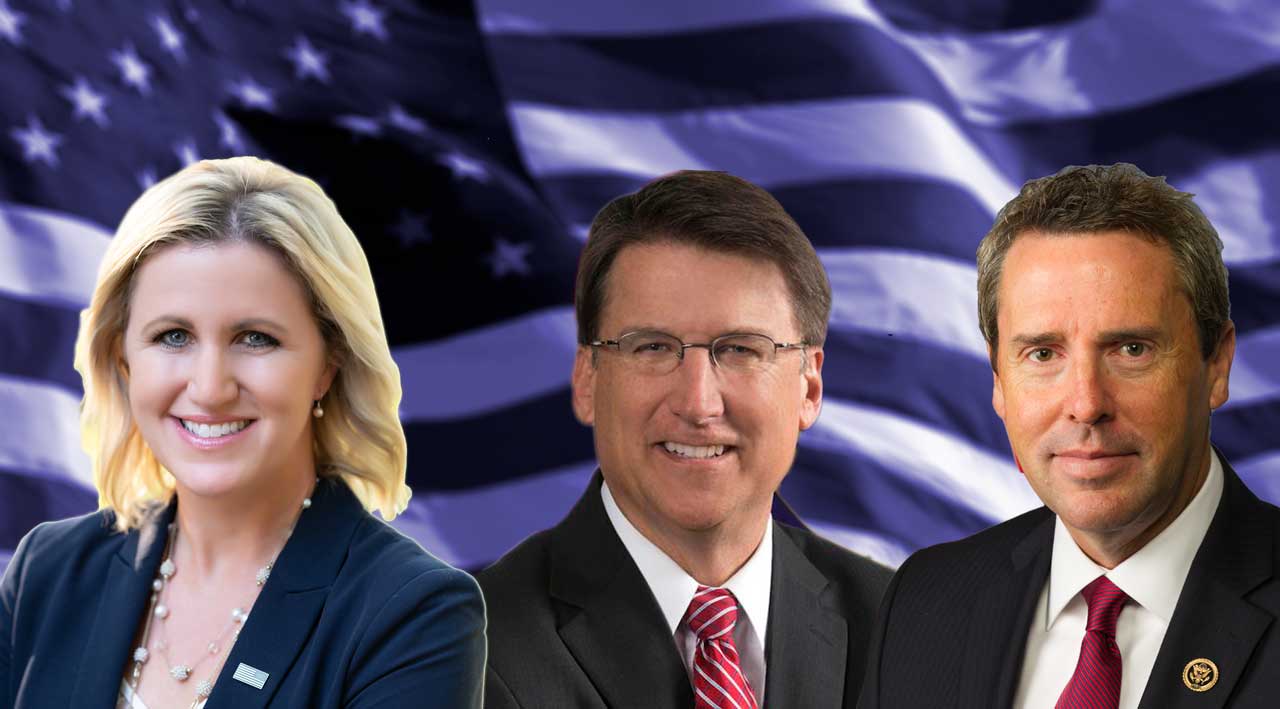 The North Carolina GOP Primary Debate for U.S. Senate was broadcasted from the 2022 Carolina Liberty Conference (CLC), hosted at the Crabtree Marriott in Raleigh, North Carolina.

This year’s U.S. Senate election for NC is to fill the seat held by Richard Burr (R), who is not running for re-election.

For this year’s GOP primary, four candidates are in the run-off:

One Candidate was Conspicuously Missing from the Senate Debate

Although Ted Budd (the Trump-endorsed candidate) decided not to participate in the CLC Senate Debate, the debate organizers placed a fourth podium on stage for all to see that he was a no-show.

The participating candidates, especially former governor Pat McCrory, criticized Ted Budd throughout the debate for his lack of attendance.

Ted Budd’s campaign stated he had already committed to the CPAC event — which was held on the same weekend.

Now hosted by the John Locke Foundation, and formerly known as the Civitas Conservative Leadership Conference, the Carolina Liberty Conference is largest center-right event in North Carolina. This is a two-day event with an estimated 300 activists, legislators, and engaged citizens. This year’s event took place at the Crabtree Marriott in Raliegh, North Carolina.